British Adventure Traveler Claire boarded her scheduled Air Canada flight to Vancouver, British Columbia (BC). Twenty-nine-year-old Claire, who treats herself to one adventure trip each year, always tried to begin her adventure by flying an airline hosted by the country in which she would visit. She selected Vancouver in order to embark on a Royal Caribbean Cruise Line ship bound for Alaska. The ship’s route through the inward passage between channel islands, presented a great chance for her to see humpback whales and orcas who hunt in those channels. Perhaps she might see a bear on one of the islands.

As she planned her trip, Vancouver piqued her interest. Far more than merely a cruise port of embarkation, the diverse cosmopolitan city offered delicious dining choices, nightlife, and (most important to Claire) other adrenaline rush adventure opportunities. She planned to experience the city for a few days after hiking into the coastal rainforest on a photography tour to find and photograph the rare and elusive Spirit Bear.

Scientifically named “Kermode Bear,” native people in ancient times called the white ones Spirit Bears. Claire thought to improve her odds of seeing one by hiring a Kitasoo native guide to lead her into the rain forest. All Kermode Bears are Black Bears, however, many of the ones who live in the coastal rain forest sport white fur. Many folks mistake them for polar bears, but no wild polar bears live in the forest. The size, shape, and facial features of the Spirit Bear clearly reveal it as a black bear.

Science can provide no answer for the bear’s occasional white coat other than to state nature’s odd albino result. But, the natives explain it this way: The Spirit Bear reminds the people to show gratitude for the bounty that they have, for once all the land lay under crushing glaciers and fathomless snow. Claire hoped that she could photograph the bear, and perhaps the equally elusive cougar and coastal wolves that live in the rain forest. None of her friends had come with her on the trip. It saddened her that her friends chose to grow up stodgy and sensible like their parents. Perhaps the wildlife photos, her description of cruise ship fun, and her excitement at the telling of adventure in British Columbia and Alaska might tempt her friends to come with next time. #TAG1writer 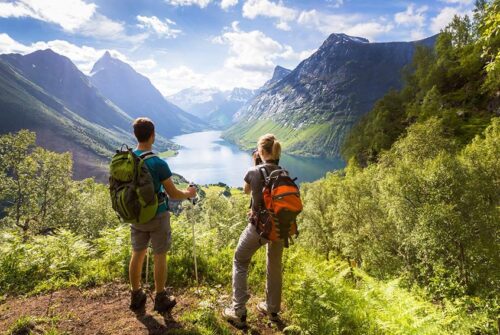