Anyone embarking on the exciting wildlife experience of bear tours is highly unlikely to encounter a confrontational situation with one of these majestic animals. It is still very wise, however, to educate yourself on how to react if you ever did come into close contact with a bear, by understanding the psychology of how and why they attack. While on reputable bear tours you’ll always be accompanied by an expert guide, but the information below will outline the basics.

Determining how to react depends a lot on the situation. A bear may attack either because they are being defensive or because something is standing in the way of their food source. If the animal sees something as a threat it will not stop attacking against the tactics of ‘playing dead’ or shouting and it requires a little more imagination in defensive tactics. Instances of threat include a mother protecting cubs or a hidden food stash, or if it feels its space has been encroached upon. It may also be more predatory if it is exceptionally hungry.

How to React to an Encounter

Bear experts say that the first rule of thumb, however difficult it may seem, is to remain calm and not panic, as a panicked person exhibits behaviours that resemble potential prey. The advice is to try to make yourself bigger than you really are; you can do this by holding your arms above your head and standing with your legs apart. If you have a jacket on, wave it above you to make you appear larger and wider, and leave any backpacks on as they also add to the illusion of size.

You should always avoid eye contact but never turn away from the animal, as you need be aware of what it is doing at all times. Noise can be helpful, but be warned that in some cases it can have the opposite effect-some larger bears are more curious about noise and may well be attracted to it, while others will run away, especially if the sound is of a metallic nature.

If you encounter a bear at close quarters at night, shine a torch in their eyes and, although you might feel the urge to run, the advice from expert guides on bear tours is don’t. Sudden movements may cause the animal to give chase. It’s a common misconception that climbing a tree will keep you safe in the case of a bear attack, but this is not true. Some bears can climb very fast and, while a bigger animal may not be exactly nimble, it’s never a guaranteed escape route. Distance is your best tactic, so try to put something large between you and the animal, such as a tree or a rock.

Bear attacks on humans are actually extremely uncommon (and never on properly organised bear tours). However, it’s always prudent to understand the right way to behave in unlikely event you ever come face to face with this most impressive and intimidating of creatures. 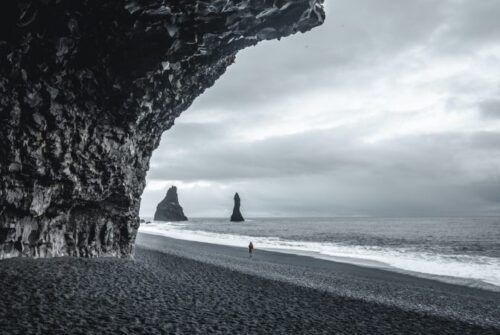 North India Train Tours to Enjoy in Your Holidays

Explore Goa in a Train Tour

How to Find the Perfect Fire Starter